Translate text and document in multiple languages at the same time

?️Two translation modes, with the option of single translator, translates into a language translator as a classic, and how to translate your language triple source language in two different languages ​​at the same time. Discover these modalities to translate and much more, sliding the upper lashes.

?More accurate translations with the triple language function, translated into two languages ​​simultaneously, it is easy to check the accuracy of the translation if you choose at least one output language known.

? Listen to the pronunciation of your translations offline, and clean the cache of sounds when needed. Hold a conversation in any language is easy translate different texts and voice translator function, use the button to talk application.

? Learn languages ​​quickly and easily, speaks your language to translate written or spoken of in the language of your choice, 80 text languages ​​and 44 languages ​​spoken voice.

? Sets and organizes your history: Expand and minimizes extensive translations with just touching them, and change the order of position in history, a translation by clicking and dragging it to the desired position.

?Choose between 19 different colors to filter your favorite translations, so you can classify different translated, or different types of sentences, texts or words languages. Good help for business travelers, students or tourists.

?Customize the translator to your liking, adjust the font size (smaller for large translations and bigger to read better) or change the background color of the application choose between 190 shades of different colors.

✈️Ideal for your travels, thanks to the sorting and filters your translations, this tool is perfect for traveling, sightseeing or language students. 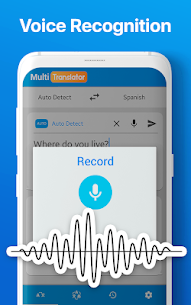 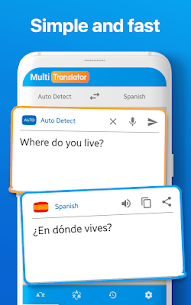 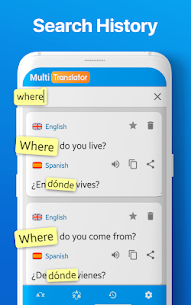 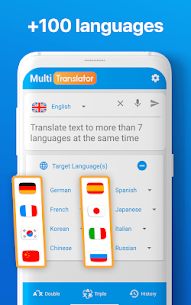 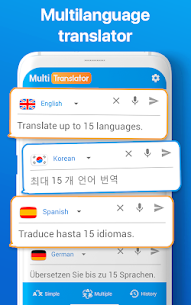